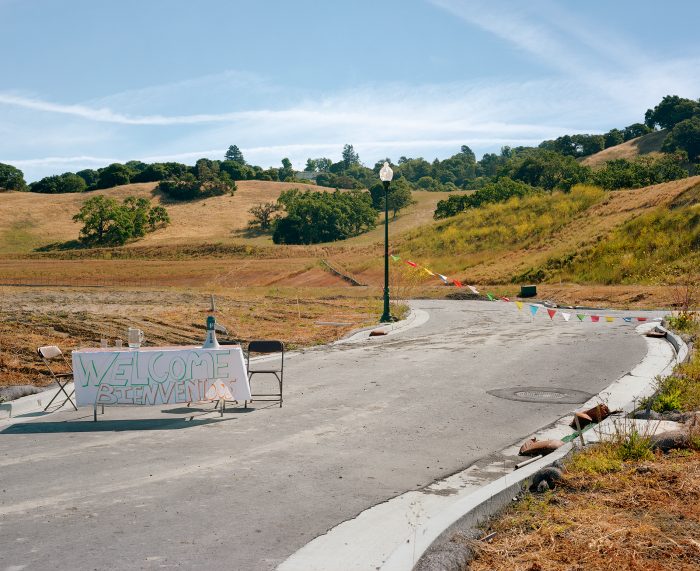 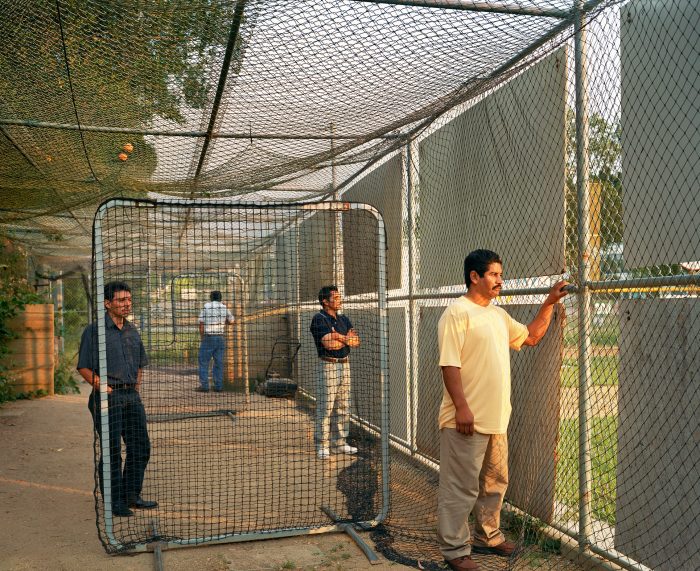 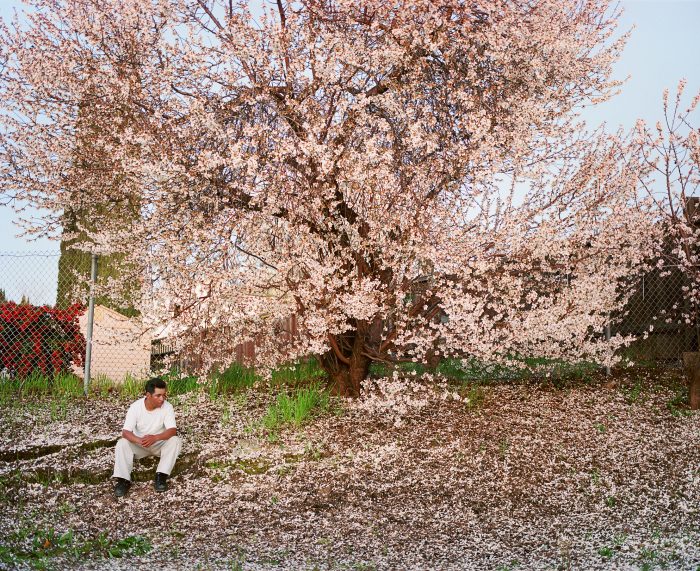 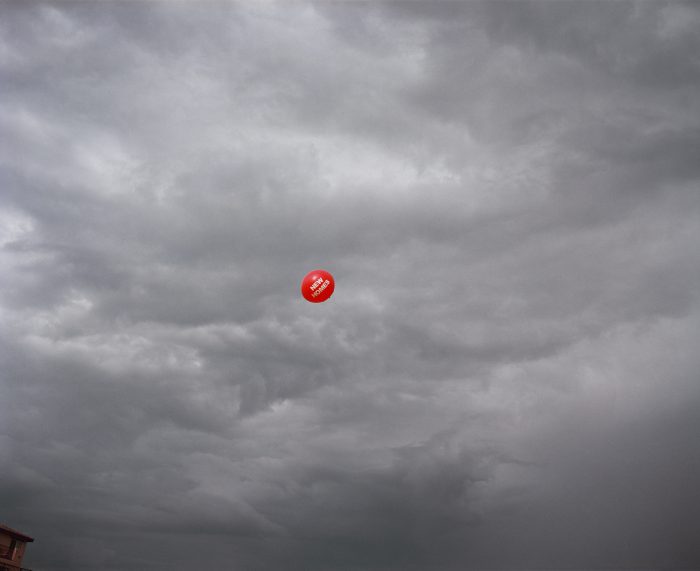 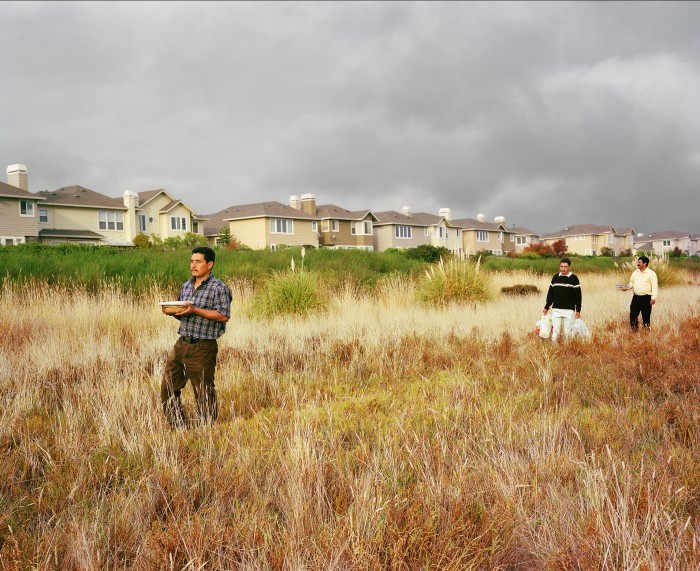 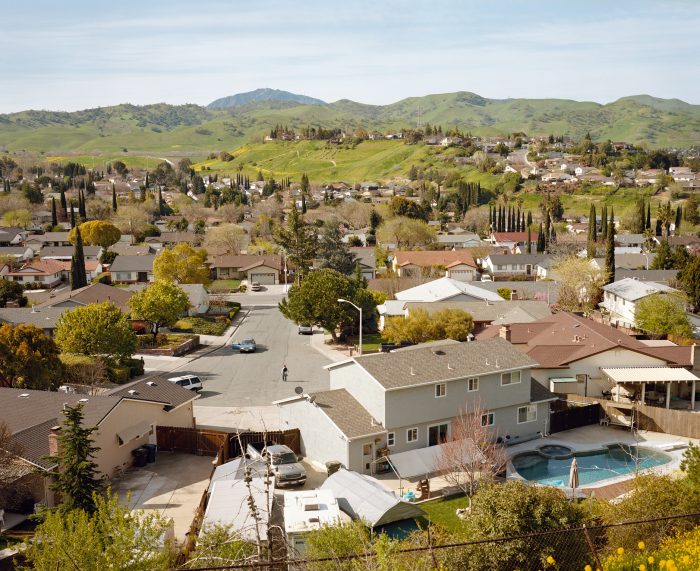 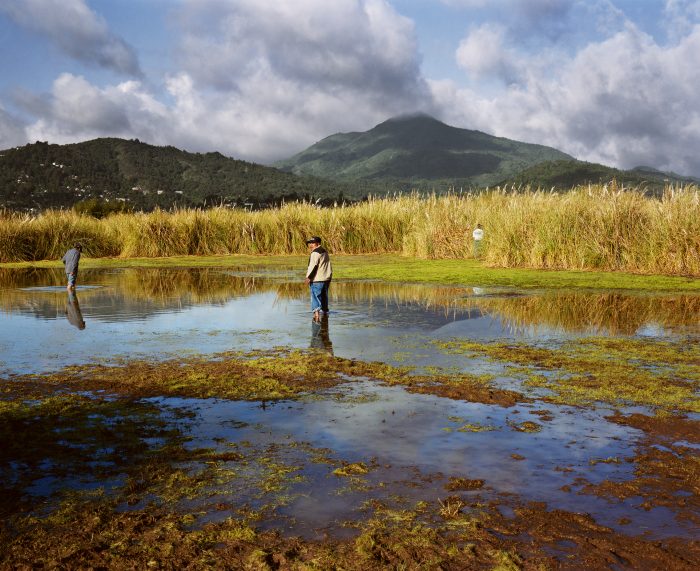 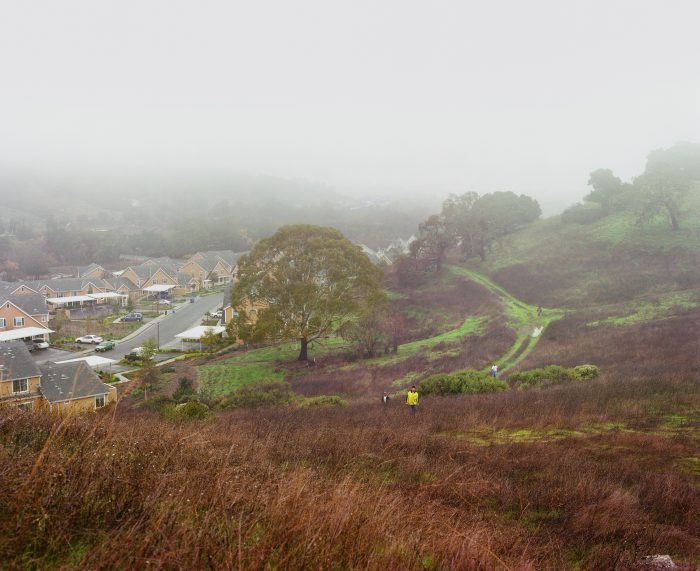 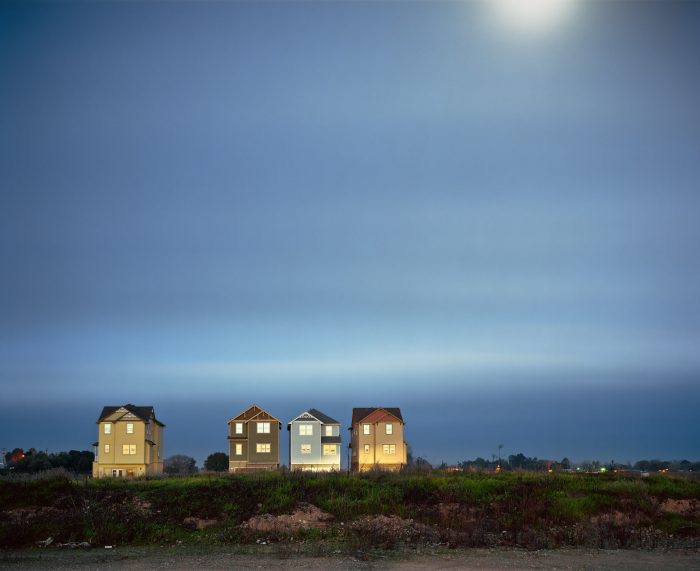 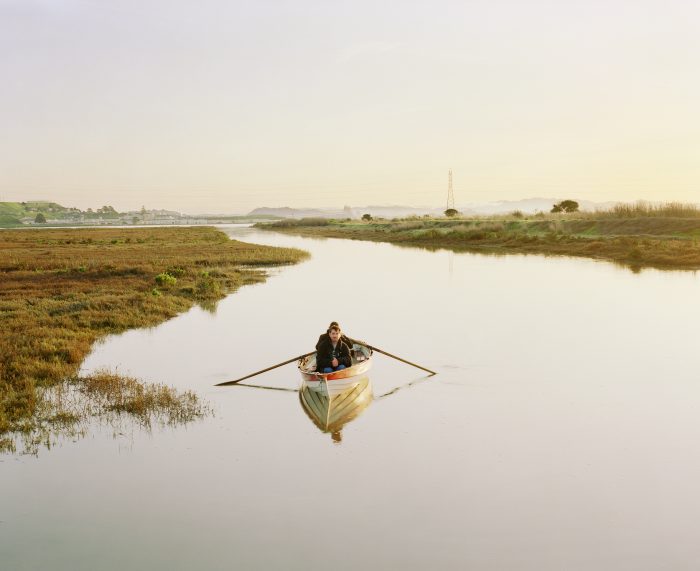 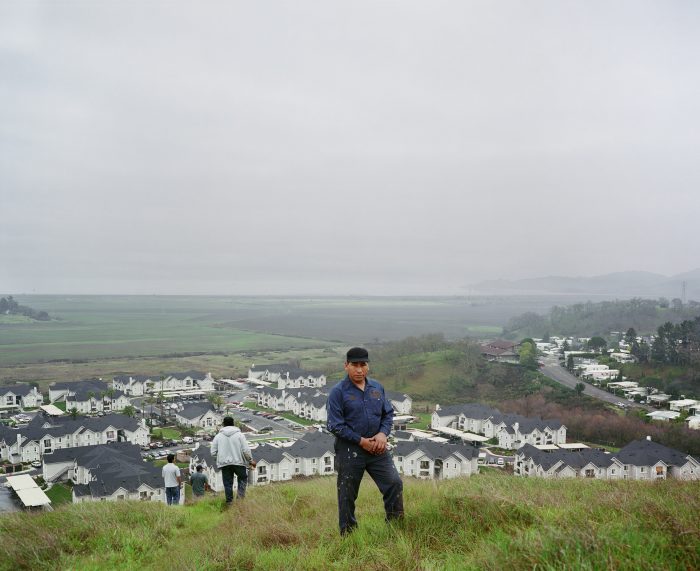 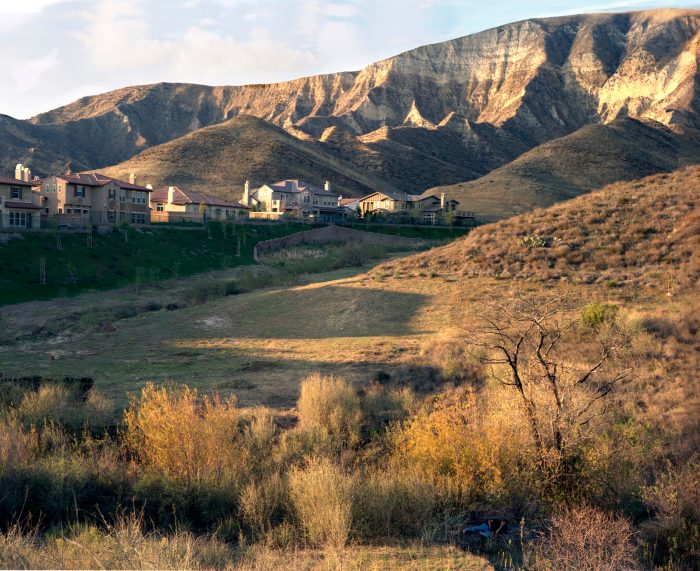 For the past two years, I have been hiring day laborers as actors in the landscape photographs I make on the outskirts of the suburbs. I drive to lumber yards and big box hardware stores where, every day, from dawn to early evening, hundreds of men wait nearby to be picked up for hourly work. They gather in small groups on the edge of a vacant lot or sit on the grassy verge at the freeway entrance. The men come here to work, often for four or five years, before returning home to their wives and sisters, mothers and children. They occupy landscapes which are the marginal spaces and transitional zones invisible to most of us.

I’m not sure if there is a specific term for these places. They are deeply reminiscent of the terrain I sought out as a child: the empty fields behind malls and scruffy borderlands of the LA river that ran behind my house in the San Fernando Valley. These places represented a small and vanishing patch of paradise that existed just outside of the boundaries of property and ownership; a free zone that eased my (adolescent) uncertainty and provided a safe place away from the judgments of others.

I direct these men’s actions and gestures while drawing from multiple sources: an amalgam of my own childhood wanderings in this landscape as well interpretations of their experiences as exiles. The resulting dramas are small and mundane in nature: carrying food to a potluck, stringing lights on a tree, or walking to a waiting car. They are routines and rituals related to place and domesticity, alluding to the poignancy of displacement and the longing for home. 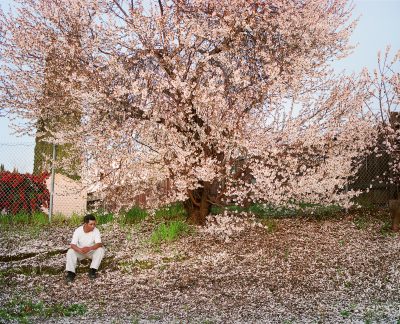 2012
Amon Carter Museum of American Art
Forth Worth, Texas